You are here: Home / Confidence / All About Theo Germaine: The Nonbinary Star of ‘The Politician’ 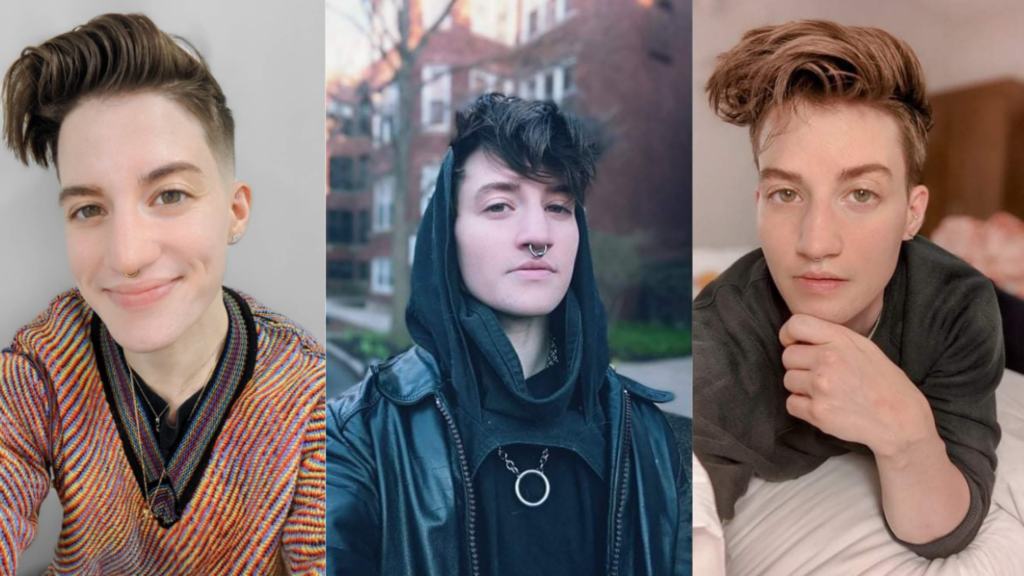 Netflix’s The Politician, while receiving a mixed reception from critics, has proven to be a hit with viewers. One aspect of the show that has captured the audience’s attention is young up-and-comer, Theo Germaine.

But it’s not only the young star’s talent that is garnering attention.

The 30-year-old star represents one of the few, high-profile examples of non-binary representation in a media industry that still favors cisgender performers. And amidst a wave of politically motivated attacks on the trans community, Germaine’s presence in The Politician cast is a rare bright spot.

But what do we know about Theo Germaine as a person? Here are some key facts about this rising star.

Germaine is non-binary, having transitioned as a teenager. And as a non-binary individual, they prefer to go by they/them pronouns. In the past, Germaine has accepted he/them pronouns as by their own account they tend to identify as more masculine than feminine. But at present, their stated pronouns are they/them.

Germaine Comes From a Humble Background

Theo Germaine was born on March 28, 1992. They hail from the town of Murphysboro, Illinois. With a population of just over 7,000 residents, it’s a small town, nestled deep in the southern tip of the state.

It’s a deeply conservative town, as much of rural Illinois is. So as a youth, Germain relocated to Chicago to seek better opportunities. Perhaps those early struggles as a non-binary youth in a conservative town are why Germaine does not publicly discuss their family or early life.

We do know that Germain graduated from the University of Illinois, which is where they began training as an actor. And in addition to acting and dance, their early career saw them train in traditional circus arts like trapeze and fire eating. So they boast a pretty diverse skill set as a performer.

There, they were working as a coffee shop employee until they landed their breakout role in the cast of The Politician. Germaine has since moved out to Los Angeles to better facilitate their acting career. They insist the move is only a temporary one, however.

Despite operating out of LA, Germaine still manages to spend plenty of time with their partner, William Rusan, in Chicago. Another non-binary performer, Rusan has been dating Germaine at least since 2017 and appeared alongside Germain in three episodes of Work in Progress.

The Politician Isn’t Their First Role

Perhaps it would make for more of a Cinderella story if Germaine burst onto the scene in a standout role on a fan-favorite series. But real life rarely plays out like a fairy tale. And Germaine had to pay their dues before they made it where they are.

Like many fledgling actors, Germaine got their start doing small roles in short films. Most amusing is their first role as an unnamed barista in 2015’s Latte Feelings. Art imitates life.

They made their feature film debut as the supporting character Carlisle in the 2019 coming-of-age comedy Adam and enjoyed a larger role as Baby in the supernatural comedy Holy Trinity that same year.

But probably their biggest get was the role of Chris in the Showtime Original series Work In Progress, which concluded last year.

In Hollywood, if you aren’t a white, straight, cisgender actor, the powers that be will often try to force you into a certain box. It’s an endemic issue that came to the forefront these past few years as actors have started speaking out about racial typecasting.

And it’s a subject with which Theo Germaine has familiarity.

Transgender representation in the media remains a major problem. For serious dramatic roles, many filmmakers still prefer to cast cisgender actors in transgender roles. Remember, it was less than a decade ago that Jarred Leto of all people won an Oscar and was praised for his “bravery” in his role in Dallas Buyer’s Club.

When transgender actors can find work, all-too-often the roles they’re considered for are flamboyant stereotypes that would have been outdated twenty or thirty years ago.

In an MTV interview, they spoke at length about their frustration with the limits the system places on transgender actors. And further, how well-intentioned attempts at being respectful can still feel limiting.

Germaine noted how the question of their gender is never directly addressed in The Politician. While they found that relieving in a sense, it was also revealing.

Hollywood still likes to dance around the existence of trans people, despite the fact that their existence is a fact of life. And it’s a subject Germaine has plans to do something about.

Thankfully, the writers of Work in Progress took a different approach. In this breakthrough series, Germaine’s gender identity is a central part of the story and their character’s pronouns are clarified in the very first episode.

So we established that Germaine is somewhat frustrated by the lack of substantial, meaningful roles for trans actors. So what’s to be done about it?

Well if you’re Germaine, the answer is to do it yourself.

To work towards addressing the glass ceiling that trans actors face, Germaine has stated their intention to branch out from acting into the realm of writing and directing.

In other words, they plan to be the change that they want to see in the industry.

Their ultimate goal is for trans actors to be seen merely as actors. They want trans people to be able to headline major tentpole projects like Marvel movies, as romantic leads in rom-coms, and in any other role where studios would cast a cis actor without a second thought.

It would be a step forward, not only for making the industry more egalitarian but for destigmatizing trans people in general.

A Rising Star to Watch

Based on the interviews that they’ve done, it’s obvious that Theo Germaine is nothing if not ambitious. While no one can see the future, a smart wager would be that Theo will have an notable impact on the future of nonbinary and transgender representation in film.

If you’re hazy on what the term nonbinary means, check out this primer on the gender spectrum to learn why neither biological sex or gender is binary.