You are here: Home / LGBTQ+ / The First Pride Was a Riot: Stonewall and the LGBTQIA+ Movement 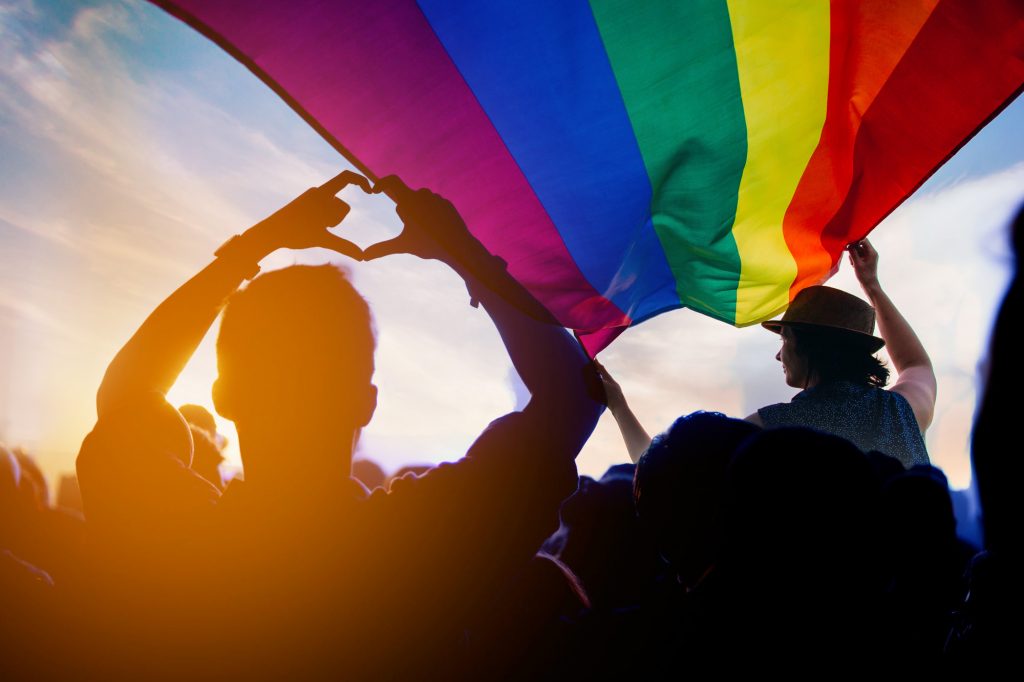 June of 2020 marked the 50th anniversary of the Christopher Street Liberation Day march, the earliest version of what we now call the Pride parade. What you may not know is that the year before, the first Pride was a riot.

All the way up until the 1960s, New York City, like the rest of America, criminalized the LGBTQ+ community. It was illegal for the community to “gather,” as this counted as “disorderly.”

As a result, the community went underground, so to speak. Gay bars like the historic Stonewall Inn cropped up around Greenwich Village and other parts of New York. Here, the community was free to be themselves―for the most part.

Read on to learn more about the 1969 riot that sparked the LGBTQ+ movement.

Like many of the gay bars in the 1960s New York, the Stonewall Inn was owned and run by the Genovese crime family, a prominent NYC mafia. Until 1966, it was illegal for restaurants and bars to serve alcohol to openly gay patrons. The mafia saw an opportunity to make money off of an oppressed community and opened several bars that operated without liquor licenses.

Cops often raided the bars of Greenwich Village in order to arrest LGBTQ+ patrons. Some cops had ties to the mafia and would tip them off ahead of time. On June 28, 1969, the bartenders of Stonewall Inn did not receive a tipoff. As a result, patrons were still inside when the police arrived.

The Shot Glass Heard Around the World

Cops began pouring into the bar around 1 in the morning, surprising employees and patrons alike. At first, the police began forcibly shoving everyone out onto the street, exerting unnecessary force. This act attracted attention from onlookers and a crowd began to form.

The exact sequence of events is often contested, simply because the exchange broke out into a riot so quickly. It is confirmed that the police eventually set the bar on fire and that at some point earlier in the night, they’d trapped some of the patrons indoors.

There is often talk of bricks being thrown at the police and some claim a shot glass was thrown at a mirror behind the bar. One Stonewall veteran, Robin Souza, is credited with the famous line, “It was the shot glass that was heard around the world.”

Though these details are hazy, one thing is clear: the LGBTQ+ community fought back.

Between 500 and 600 people showed up to fight back the first night and the police arrested 13 protestors. The riots continued for six nights, with 2,000 protestors showing up the second night and up to 1,000 on the final night.

This sequence of events is the reason we say, “The first pride was a riot.”

The Impact of Transgender Women

It is important to learn about and honor important LGBTQ+ historical figures. When it comes to these early LGBTQ+ protests, we can’t leave out Marsha P. Johnson and Sylvia Rivera.

Marsha and Sylvia were two gender-nonconforming people who often identified as “queens” or “transvestites.” (It is important to remember that in the 1960s, we did not have the same language and some of the terms used then are no longer acceptable or appropriate. Today, we remember Marsha and Sylvia as transgender women.)

Sylvia was at the Stonewall Inn at the time of the police raid. Though many credit Marsha for throwing the first brick (or shot glass), she claims that she arrived on the scene about an hour after the riot began. Either way, both Sylvia and Marsha are important figures in LGBTQ+ history.

Marsha and Sylvia were determined to organize and fight for what was deemed “gay liberation.” They participated in marches and Marsha staged a sit-in outside of New York University in the summer of 1970 after the school shut down dances organized by members of the movement.

In 1970, Marsha and Sylvia co-founded STAR, a radical political collective for gay and gender-nonconforming folks. The two raised money for housing they made available to homeless LGBTQ+ youth, the first housing collective of its kind. They also sought to provide support for LGBTQ+ prisoners.

At the time, many members of the movement were not accepting of gender-nonconforming people. Sylvia was booed off stage during the 1973 Pride parade and celebration as she asked cisgender gay and lesbian people to fight for her rights. Nearly 50 years later, New York City is discussing commemorating these two important activists with a statue.

In the wake of the Stonewall Riots, several LGBTQ+ organizations formed across the nation and the western world. One of the organizations at the forefront was the Gay Liberation Front, aka the GLF.

The GLF was inspired by other Civil Rights groups at the time such as the Black Panthers and anti-Vietnam protestors. This was a time when many people in the community became more radical in their beliefs and no longer fought for assimilation. Instead, they wanted society to become more accepting of all expressions of gender and sexuality, rather than merely tolerant.

Several important pieces of literature came out during this time, including “A Gay Manifesto” and “The Politics of Being Queer.” At the heart of the Gay Liberation movement was Pride, and people like Brenda Howard worked hard to keep the parade going and organize other important events.

In a way, this particular movement ended in 1974. This occurred as members began to disagree on the approach and goals of the organizers. However, the LGBTQ+ community and their allies have never stopped fighting for our rights.

Never Forget the First Pride Was a Riot

Pride month is a beautiful, happy time of year when the LGBTQ+ community can take center stage and celebrate. It’s important to remember that the first pride was a riot and that brave people fought back against violence in 1969.

Want to know more about the LGBTQ+ community? Explore this section of the site.